The danger of a label: You deserve more than just an educated guess.

Whether its Dr. Google, Social Media, something else or a combination of them all, a growing challenge has emerged. The challenge is the ea

se in which curiosity can become fact. Quite often a label (diagnosis) is imposed by others who really have no place to deliver such judgement or diagnosis. I’m increasingly seeing young adults in particular, enter the room with impressive confidence, and having barely sat down, will state ‘ I have clinical depression and if I could crack on with the first of 6 CBT sessions that would be marvelous’. This has quite an impact coming from young ones as young as 11.

When this is delivered by a health professional a label can take on so much more traction. A recent example I know of was a young man who presented to a GP with a headache. They then conducted a HEADSS assessment (Home, Education, Activities, Drugs, Suicidality and Sex). They then conducted a GAD 7  diagnostic tool for anxiety. The result was then relayed to the teenager that they had Anxiety. The next day after a sleepless night he had 3 panic attacks, couldn’t cope with school and the family had already made an appointment with the mental health team for his anxiety. This young man had taken absolute ownership of the diagnosis, as had the family, due to it coming from a health professional. These symptoms and issues had seemingly appeared overnight causing a significant barrier in his life, both at school and home. The facts and reality were quite different. He did present with a headache. He had stayed up all of the previous night to start and complete an assignment that had been set some time ago and was now due.

He was simply tired and stressed, both normal and short-term responses.

What prompted me to put ‘pen to paper’ on this topic was a student that presented to me recently and for the first time. This young woman had been managing her bipolar for the last 5 years. This was confirmed on the young woman’s school medical records as well as known and being managed by her parents. The young woman who was sat in front of me was not like any client I have seen previously with diagnosed bipolar. After exploring the bipolar it was the specificity of the time line that quickly directed our conversation. The response was quite staggering. 5 years earlier she was sat in class doing her work as usual. She was then continuously distracted by a peer who continued to take her pencil, tap it on his desk over and over before throwing it on the ground. She would then pick it up and place it on her desk, where shortly after he would continue with his routine. The young woman had by this point had enough, and snapped at the young man to ‘stop it’. His response, ‘stop being so bipolar’. And that was it. It was later confirmed with her parents that they had never sought medical advice or challenged the young girls ownership of the label. There had been no symptoms or concerns of any nature before this point. She had carried this label which had continued to limit the incredible potential this young woman had. It didn’t take long before she made significant gains through an initial approach combining narrative therapy with a strong thread of strengths based exploration.

Now, it is not the label that is the issue. Depression, Anxiety, Bipolar, ADHD and lots of other acronyms all exist, are very real and can all be addressed. It is being aware of who and where the label is coming from and whether they are equipped and able to deliver such a diagnosis. As a parent, be aware of a false diagnosis, and question and demand the right person with the right answers. It’s not to say they are wrong, you just deserve more than an educated guess.

Everybody’s experience is completely unique and one word doesn’t and won’t do justice to your own needs and reflections. The more authentic and original your discussion, the more productive and effective the time and therefore outcome.

Unpack the experience towards a way though, reclaiming power and control from the label back to the person, you. Just have a quick go at saying the below and take the time to reflect on how you feel for each, and then decide for yourself which platform you want to work from.

I am depressed or I feel depressed

I have Anxiety or I feel anxious. 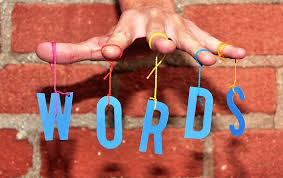